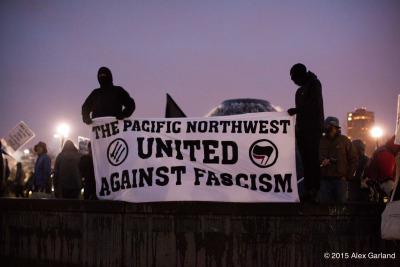 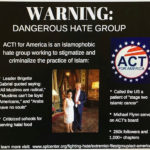 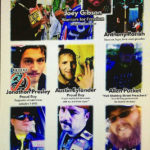 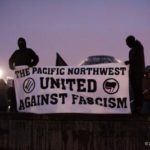 from an anonymous crew in Duwamish Territory

On Saturday, June 10th , the cesspool of the right will bubble up in City Hall Plaza on 4th and James St in Seattle. Well, as of right now that is their plan C, according to the ACT head in Virginia Beach, VA Kerry French who is coordinating it since street preacher Anthony Harris couldn’t figure out permits and Joey Gibson was even seen as a little too much for them. As has been known for some time, the organization ACT! For America [ACT], a notorious Islamophobic group that weakly tries to hide its White Christian Nationalism behind being “anti-Sharia Law”, is doing a national day of action “against Sharia Law”. The group’s leaders such as the founder Bridgette Gabriel AKA Bridgette Tudor openly states, “all Muslims are radical Muslims” and that “Europe will no longer be Europe in 2050. Europe has already become Eurabia,” from quotes gathered by SPLC. They made it to hate group status; and in this time frame where white supremacist walk free beating somali hijabis in the streets into comas and killing men for standing up to men harassing young Black and Black Muslim girls while liberals still question whether or not they deserve to speak, they are bold enough to come out in public and connect with the who’s who of fashy, white nationalist, nazi and alt-right types of the PNW. 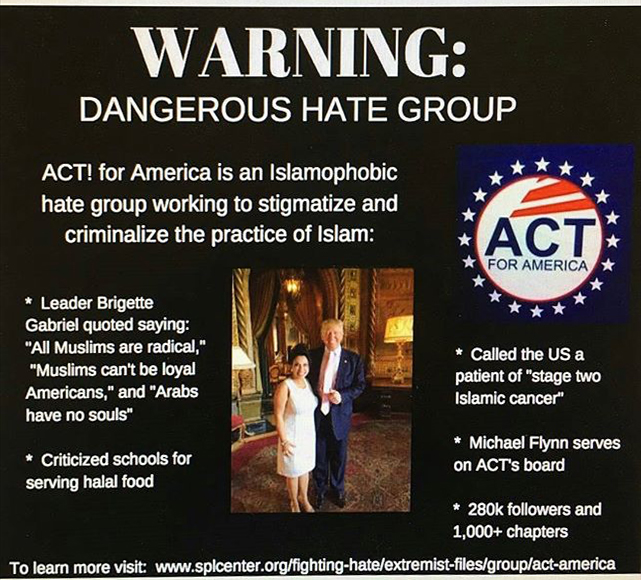 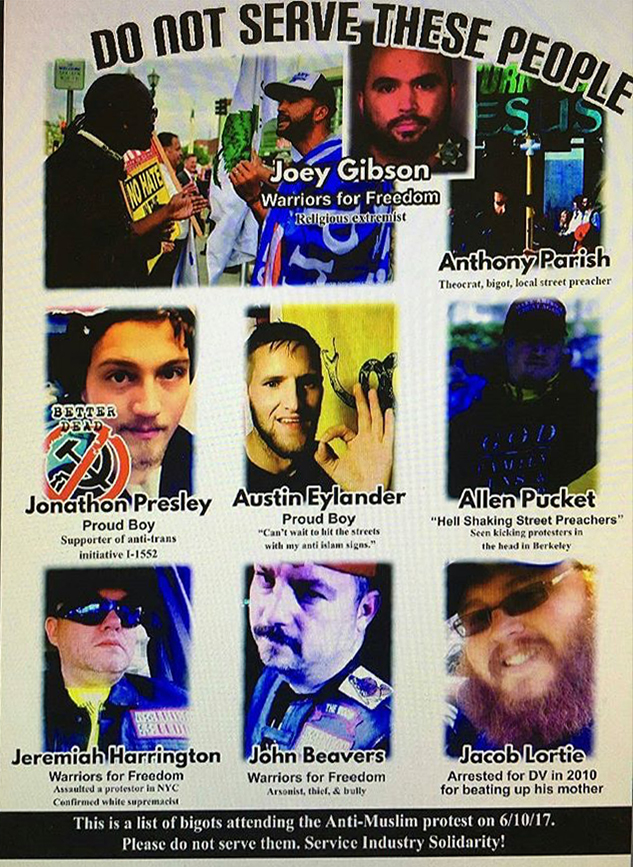 Many of these individuals and groups take advantage of Seattle and Washington State’s laws of mutual combat (RCW 9.08.070) which states that if you are challenged to a fight and you accept it is legal, the cops won’t step in, and there is no recourse – which is why we have fucking “superheroes” here; Washington is a Stand Your Ground state (RCW 9A.16.020) as well as an Open Carry state. If you want to, look into these RCWs, since the other side already has to know what all of us are up against.

It’s also important to note that some “liberal” groups such as the local Pink Pistols, a LGBT group made up of liberal white gays who are “anti-sharia” due to the homophobia presumed to be worse in Islamic-majority regions than other locations in the world, and Trumpers. Just because they aren’t openly fash doesn’t mean they won’t mess with you or casually assist the alt-right folks.

There has been some effort put in by comrades in the IWW and GDC locals in Seattle to work with other groups and coordinate. Things got really complicated and could have it’s own article about the issues with mass organizing, but there’s no time for that or groups invited wanting to have control on a narrative. However, even with the Interfaith Alliance going off to do an event on Friday, there will still be two offerings if you’re wanting to do outreach or more green-zone actions earlier in the day:

The first event is the aforementioned positive-message only event fronted by the One People’s Project and Council of American-Islamic Relations (CAIR). It will be a rally starting at 9am in Occidental Park in Pioneer Square, about 6-7 blocks southwest from Ciy Hall Plaza, which will then lead to a march. Link is here

The other event is coordinated autonomously from that action is being led by Seattle Solidarity Network (SeaSol). It is a noise brigade, leaving from Westlake Park in the Financial District of Downtown Seattle, 9 blocks north of City Hall Plaza. They will be meeting at 9am, and you can find out more here

Where Do We Go From Here?

As antifascists and anarchists in Seattle, the conversations have been coming up on what we and our comrades in other cities can do to push back the increasing creep of the Far Right wherever they are and give no platform for their ideas. What seems to be a common pattern in the conversations between friends, organizers, people who will listen to any of us talk about this subject for more than five minutes who we trust is that we don’t just want to show them that we disagree – we want it known that they should never come back here to our city. We are tired of having them win, whether that be because the cops rolled on us or they got to do their networking and making new fash friends from around the US. Never give  nazis, white supremacist, Kek-praising edgelords, or Proud Boys what they want.

The objective requested for the 10th is simple yet open to interpretation: respect the events happening so as not to harm others, but do what you are comfortable with at any point.

Connect with people you trust. If you have people you trust on the ground here in Seattle, make contact. If you can’t be here, support in other ways you can whether that be during or after the dust settles. Medics and bike scouts are being asked to meet with the SeaSol action in Westlake at 9am to coordinate where people can find out day-of where we end up in case they switch the location again.

No platform anytime, anywhere.
See you out there on the 10th.