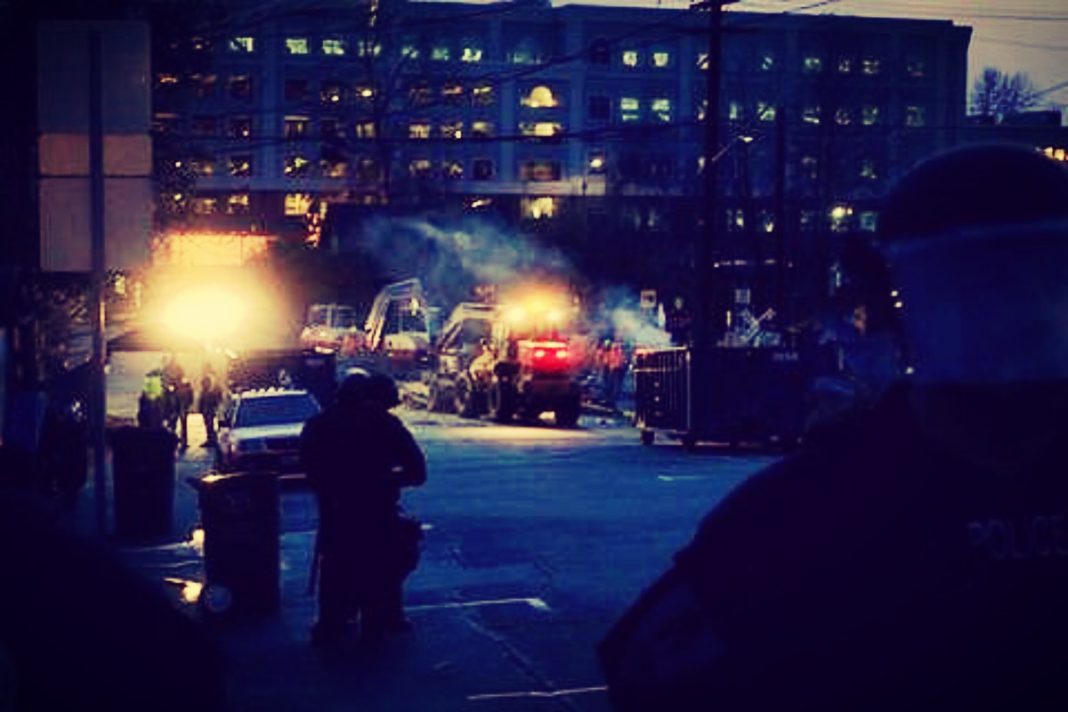 Repost from It’s Going Down

On the morning of Wednesday November 29th, 2017, at approximately 5:30 AM, a joint force of SWAT officers, Olympia police, the Washington State Patrol, Thurston County sheriffs, and Union Pacific police broke up the Olympia Stand blockade on occupied indigenous land of the Medicine Creek Treaty nations, specifically the Nisqually and Squaxin Island Tribes.

“the police raid was accompanied by officers in full riot gear and an MRAP, an armored vehicle used by the U.S. military…”

We were made aware of the impending raid the day before by an anonymous tip off from within the city, allowing us enough time to evacuate everyone safely from the camp before police arrival without injury or arrests. Nonetheless, the police raid was accompanied by officers in full riot gear and an MRAP (an armored military vehicle used by the U.S. military). Police officers marched through the abandoned camp, supposedly looking for more protesters, tearing down the tents, tarps and temporary structures that were built and maintained throughout the twelve days that the blockade stood. Police with the sheriff’s office were also seen destroying and removing valuables from a nearby homeless encampment that had nothing to do with the blockade. Throughout the morning, people suspected of participating in the blockade were followed and harassed by police and a local non-profit was surveilled.

“Police were also seen destroying and removing valuables from a nearby homeless encampment that had nothing to do with the blockade. Throughout the morning, people suspected of participating in the blockade were followed and harassed by police and a local non-profit was surveilled.”

This raid came on the very same morning that the Olympia Stand Indigenous Caucus was scheduled to meet with the Olympia City Council and the Port of Olympia. The police raid of last year’s Olympia Stand Blockade likewise took place the morning the Indigenous Caucus was scheduled to meet with a representative from Union Pacific Railroad. These are just two more examples of the countless betrayals that indigenous people in North America have faced in the last centuries.

There will be some time before we know for sure what the lasting impacts of this blockade are on our city, the port, our communities, and on the fossil fuel industry that our port aids and abets. What we do know, is that we will claim no easy victories. This fight is not over. Every affinity group, caucus and individual that tirelessly dedicated so much of their lives these past twelve days has a stake in continued resistance to the fossil fuel industry, capitalism and colonialism.

The Libertarian Socialist Caucus (LSC) of the Olympia Stand Blockade would like to reiterate our points of unity: why we are fighting and what we stand for. We speak only for ourselves and represent our own opinions. As the LSC, we want to first and foremost defer to the wishes and guidance of the Indigenous Caucus.

In addition, we aim to put forward a positive libertarian socialist program. To that end the LSC has agreed to the following points of unity:

We have no faith that the colonial capitalist state will ever accede to these points, but we will stop at nothing less than utopia. Long live the Olympia Commune! 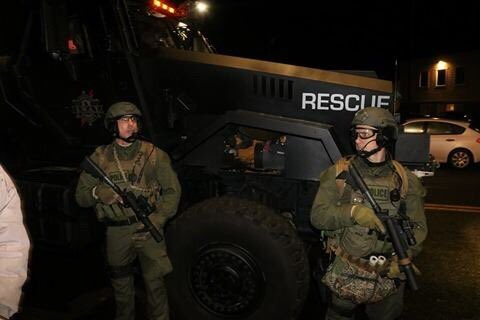 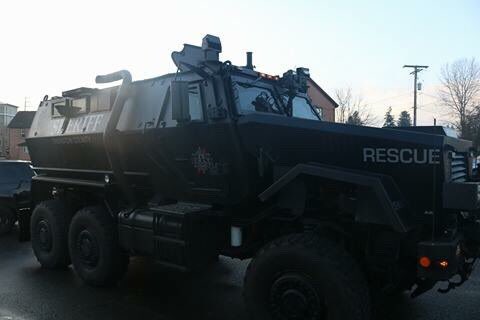 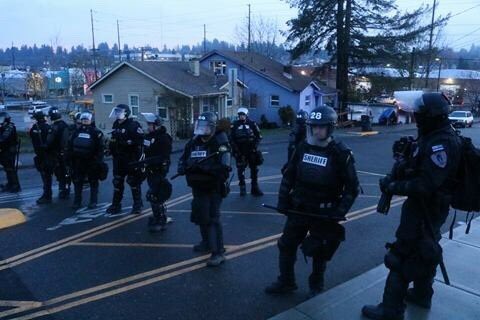