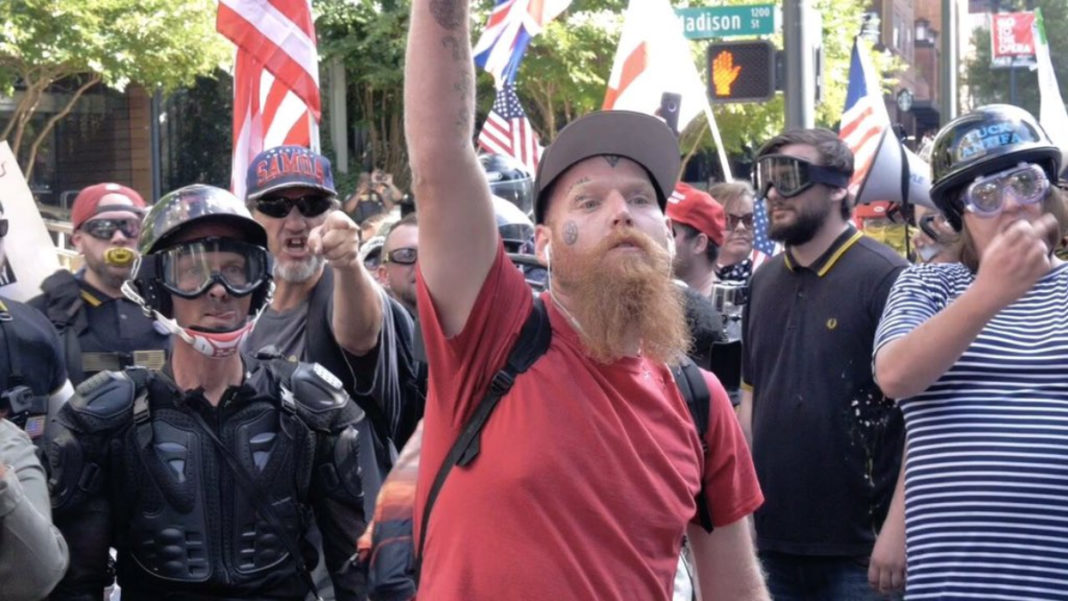 The following communique was sent anonymously to It’s Going Down, which we reprint here.

On the night of November 15th, a crew of anti-fascists gathered to take direct action against the rise of right-wing violence in our community.  We paid a visit to the business of III%er and murderer Joseph “Dymond” Vinci.  Last February Dymond brutally beat and murdered Richard Hanley, a housless man, while he collected trash in the strip mall that houses Dymond’s tattoo parlor in S.E. Portland. Dymond was never charged for his deadly actions because of Oregon’s “stand your ground” laws, which give white gun owners carte blanche to victimize with impunity the most marginalized members of our society. Just because the state won’t hold Dymond accountable for his actions doesn’t mean we won’t. 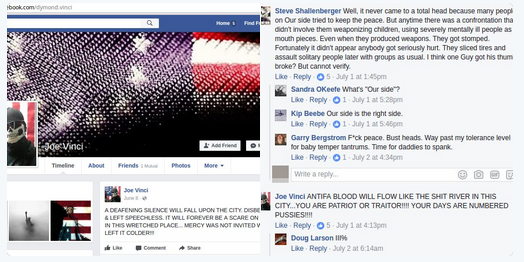 While Dymond isn’t giving tattoo’s at his parlor, Timeless Tattoo, (1218 SE 7th Ave, Portland, Oregon) he’s fraternizing with the far-right nationalists and xenophobes of Patriot Prayer online.  Posting explicit threats of violence against anti-fascists and pontificating about a war with the left. While this cities shit river may not be flowing with the “blood of antifa”, the floor of your tattoo parlor is now flowing with the shards of glass from your windows.  In the back drop of continued racist and misogynistic violence being orchestrated by Patriot Prayer in our city, Dymond’s words should not be viewed as idle threats; he has killed in past and has expressed a desire to kill in the future. Dymond is not welcome in Portland.

We refuse to be victimized. We refuse to allow right-wing jingoists and xenophobes to run rough-shot over our city. We will bash back.

This action is dedicated to all those who have experienced violence at the hands of right-wing gangs, whether that be III%ers, Proud Boys, Patriot Prayer or the Portland Police Department.