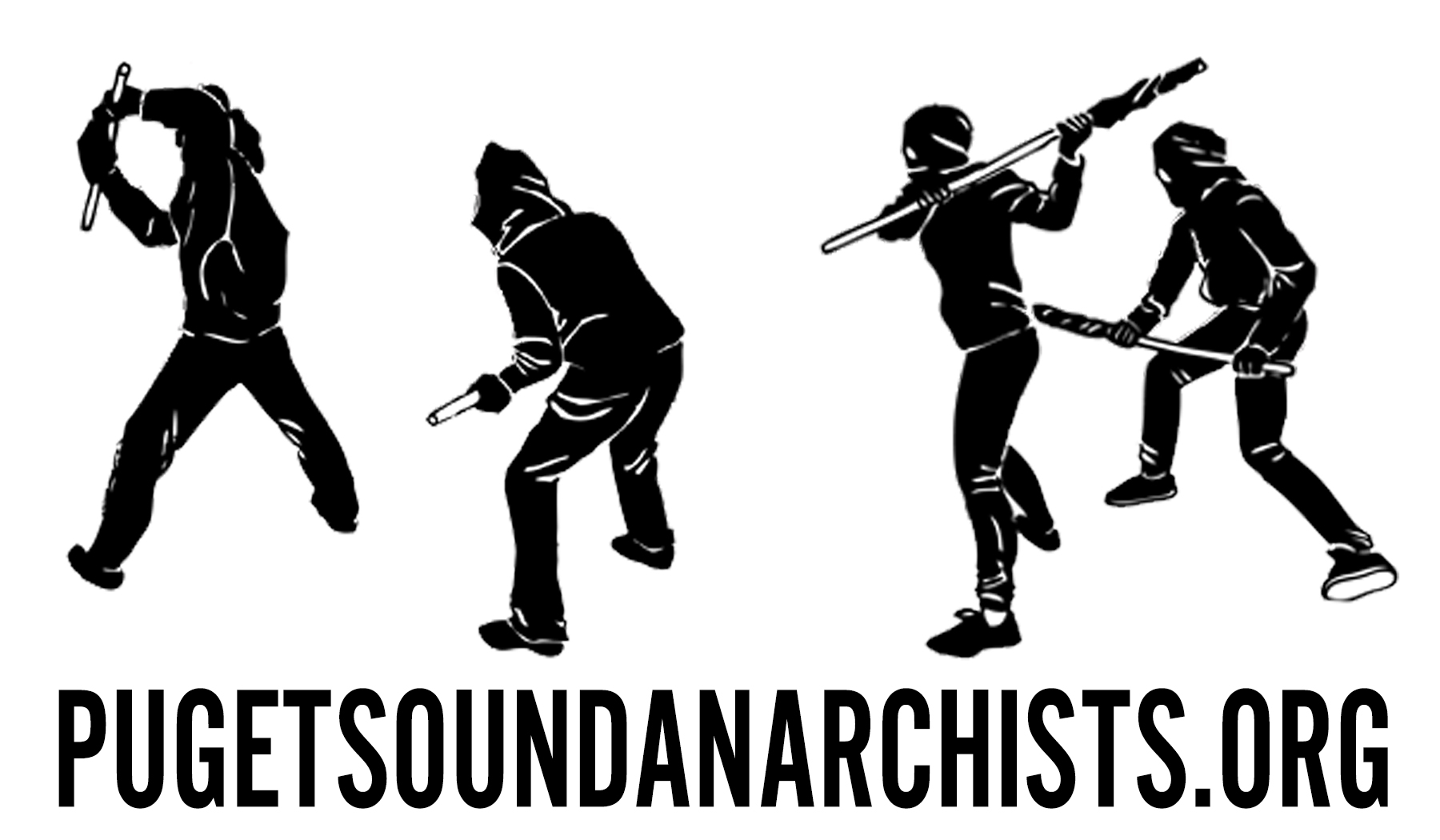 a reminder from PSA

From time to time we get the attention from those other than our intended audience. We thought this would be a great time to repost our editorial statement and to remind anyone who might be reading that we do not respond to requests from the media.

from our about page:

Puget Sound Anarchists aspires to provide a space for anarchists and anti-authoritarians in the Pacific Northwest to share ideas, reflections and critiques in order to support struggles and revolts against all forms of domination. Our goal is to contribute to the proliferation of anti-authoritarian ideas and practices on the street and in movements more broadly. To this end, we publish report-backs, communiqués, analysis and other written work as well as announcements for events, protests and demonstrations. We accept both signed and anonymous submissions.

Occasionally, a story on this website attracts attention from groups other than our intended readership. More than a few times, mainstream media have referred to the “Puget Sound Anarchist Group,” or implied that this website is the mouthpiece for some kind of formal group.

We thought it would be obvious, but apparently we need to say it explicitly: There is no “Puget Sound Anarchists Group” and this website and its editors speak for no one. Pugetsoundanarchists.org is a news website that runs stories by or of interest to anarchists in the Pacific Northwest.

Puget Sound Anarchists publishes original work, anonymous submissions, and material from other websites for educational purposes only. We do not condone or promote illegal, violent, and unlawful behavior or actions, or acts of intimidation against individuals or groups.

Puget Sound Anarchists is not a political organization. We do not organize protests, demonstrations, or other actions, although we do give space for various groups to report, build, and create capacity for various actions as they relate to social manifestations, struggles, and movements.