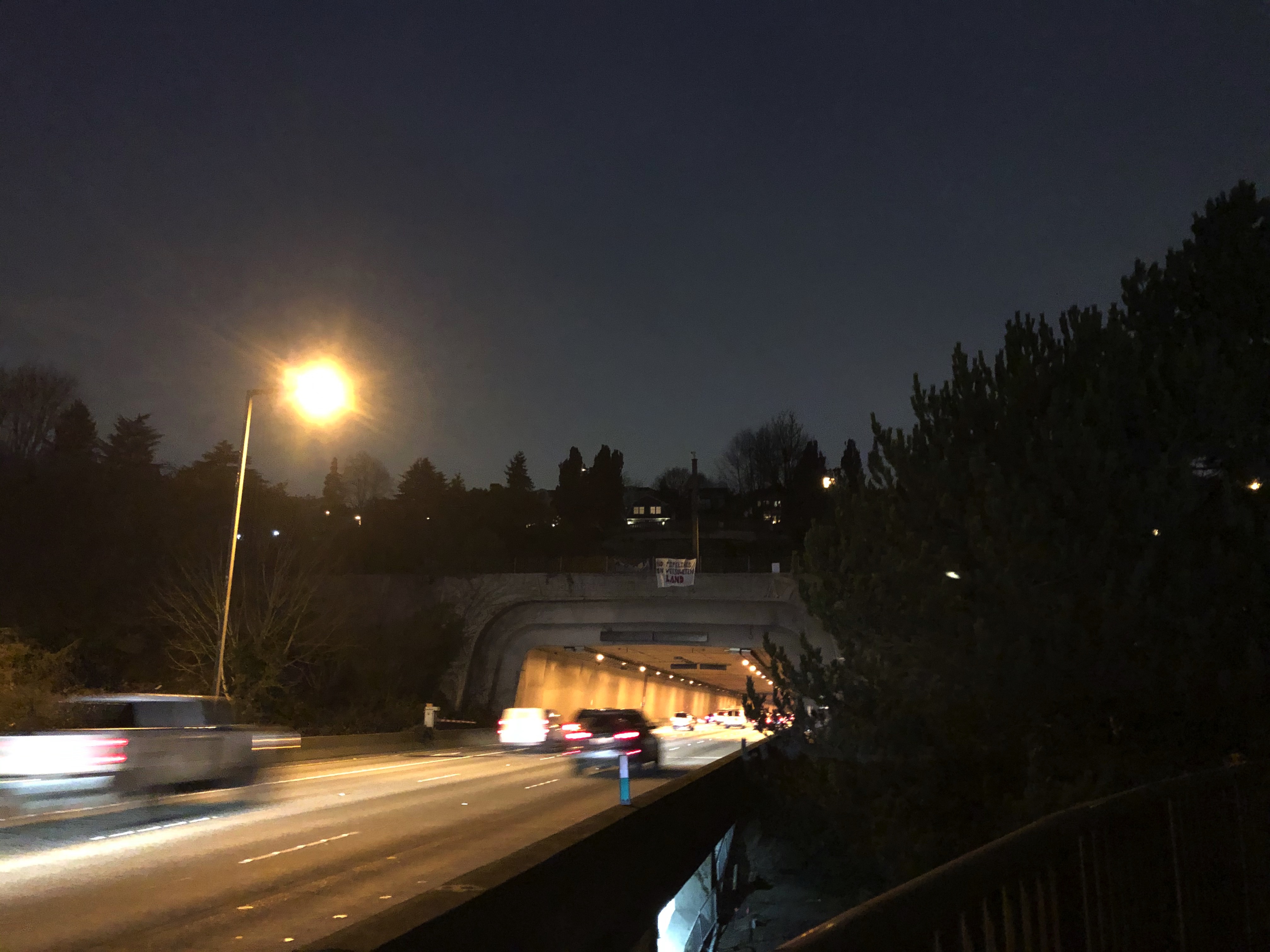 In the early hours of Tuesday February 11th, we dropped two banners for the morning commuters heading into Seattle on I-90 in solidarity with those fighting against the RCMP and Coastal Gaslink on Wet’suwet’en lands in so-called British Columbia. 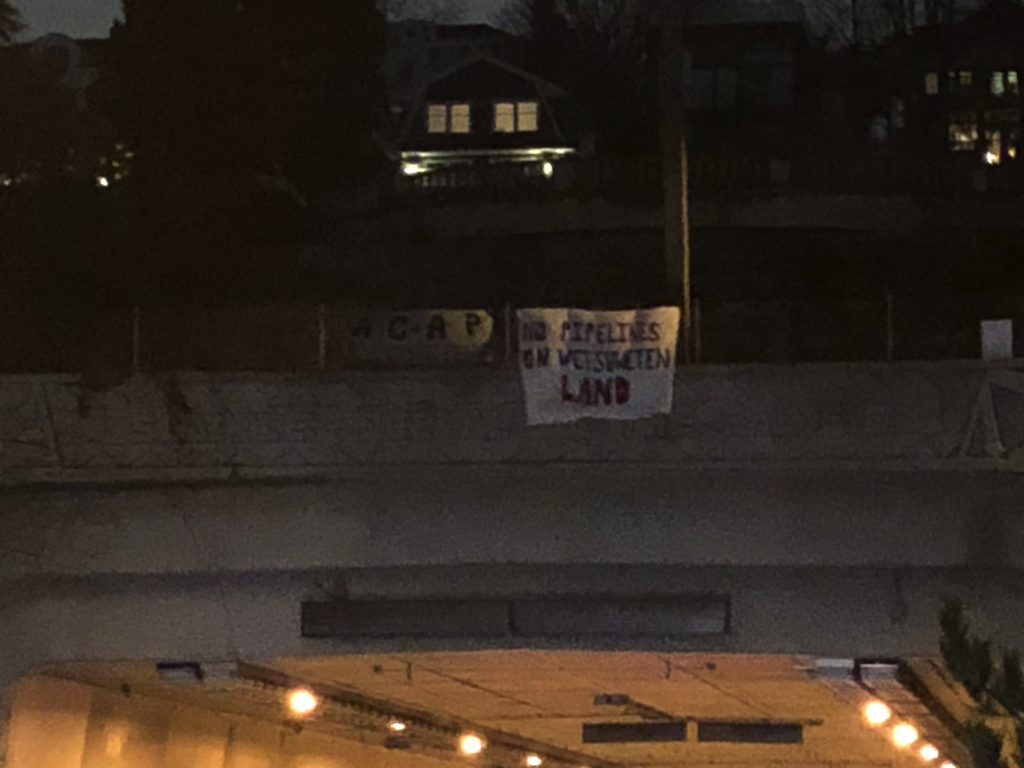 The smaller one reads “A.CA.P.-ALL COPS ARE PILGRIMS.” The larger one reads “NO PIPELINES ON WET’SUWET’EN LAND.” It is important to note that the police are making it possible for Coastal Gaslink to gain access to their mancamp and continue their destructive project on Wet’suwet’en land.

In solidarity with the Wet’suwet’en people, fuck the police.