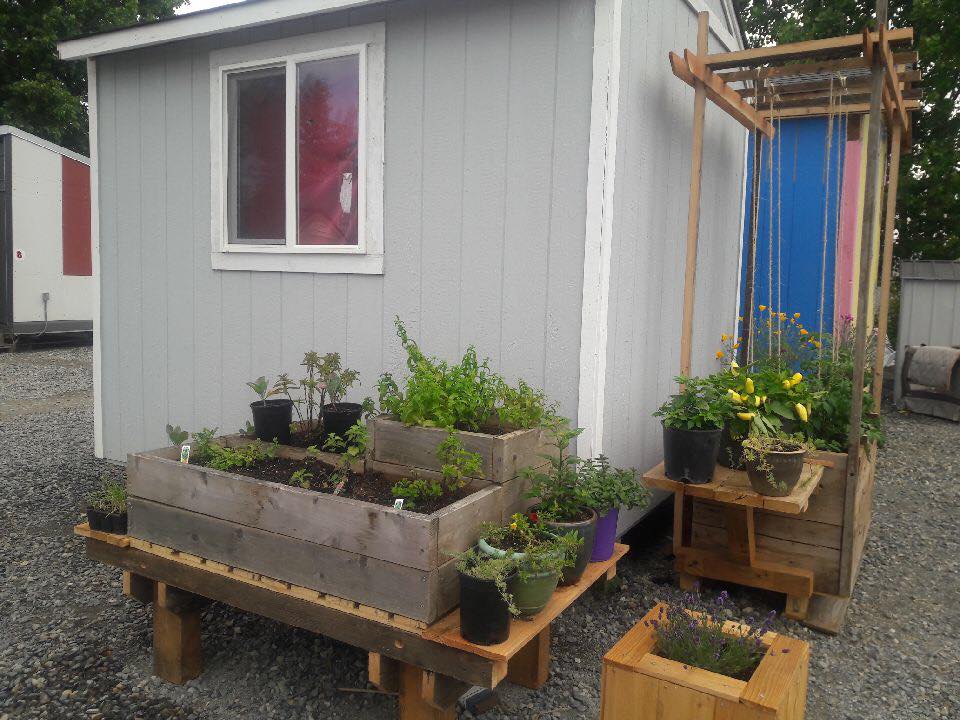 Report from Stop the Sweeps and Demand Utopia Seattle on the recent pushing back of an eviction of an autonomous self-organized tiny house village.

Seattle Deputy Mayor Mosley has promised that the village will not be swept and may remain on the current site through March 2020. The City has secured a commitment from the Low Income Housing Institute (LIHI) that they will not try to remove the houses, which they claim to own. He expressed some concerns about whether the budget outlined by the village will be adequate, wants the village to commit to allowing case managers to work with residents, and says there are some other details to be worked out, but it is a relief to everyone to have this overview agreed upon. The residents will now be responsible for coming up with the funds to cover utilities and other operating costs which are estimated to be $27,000 through March 2020. If you are so inclined to donate, please follow this link here.

This is an incredible victory for the residents of Nickelsville Northlake who have struggled so hard these past 9 months to retain their chosen, self-managed community model in the face of intense pressures  – and it illustrates what the community as a whole can accomplish when we stand together in solidarity. The sweep of Nickelsville Northlake was not stopped due to any one single leader or organization but due to the Nickelsville residents speaking out about their plight and a tremendous outpouring of support from the community. As of this writing almost 300 members of the Seattle community said that they were willing to actively participate in mutual aid and oppose the sweep alongside Nickelsville residents, up to and including arrest. The residents believe in their autonomous community so much that they were willing to occupy this part of unceded Salish territory that is claimed by Seattle City Light.

The Northlake Tiny House Village, which is run by Nickelsville and slated for closure on December 9, will have its contract extended through March, and the Low Income Housing Institute is being told not to remove its property from the site as they had planned.

As a result of these successes, the counter demonstration on Monday, December 9th was called off and Nickelsville Northlake residents extended an invite to the community to celebrate this monumentous victory with a communal feast on Sunday.

The call to action and response gives us a possible avenue of approach for stopping sweeps. Although a diversity of tactics is certainly needed along with different communities responding in separate but unified ways. This is an incredible victory for the residents of Northlake Nickelsville, the sweeps of our houseless neighbor continue on a near daily basis, often without this much publicity or enthusiasm. We would like to harness this outpouring of empathy and solidarity moving forward to form a rapid response network to sweeps that happen with little to no warning. If you would like to be an activist, ally, signal booster, mobilizer, or organizer as a part of this please fill out this form with your contact information.