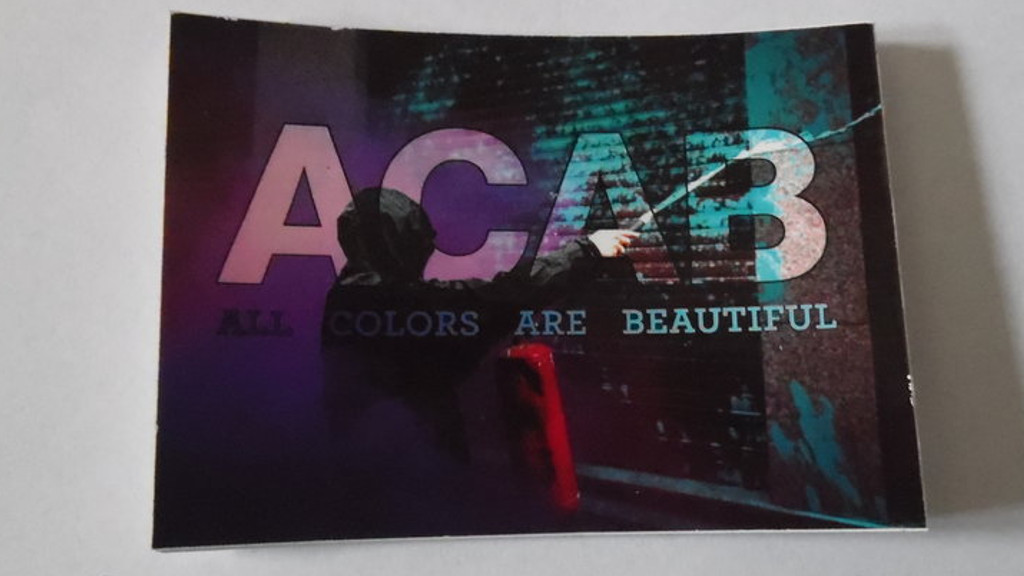 We would like to announce that our informal crew around the size of a hunting party or fire-squad went on a stroll of sorts that was accompanied by vandalism and harassment of the authorities. We wanted to shake our chains as Red Rosa would have put it and see what we could get away with. We have been putting up stickers, fliers, tags, tearing down developement signs, etc since we were little-uns so tonight we thought we’d put those skills to the use.

We started mobbing around the Ave putting up stickers harassing reactionaries of all stripes. Even flipping off and jeering at cops when they were in small enough groups cause we figured we could out run them and they would be hesitant to make a move on a larger group. Eventually there was a cop helicopter in the sky, but it never seemed to see us in a way we could tell and there was no escalation in police presence so we figured we’d keep on our merry way, but split into twos. Twos a company threes a crowd and the cops were largely in twos and they usually hate a fair fight.

At this point we’d like to say don’t try this at home. We’ve got a good sense of how to push shit and were intentionally crossing that line to see where the real limit to what we could do without extreme repression was. We were also in rando-bloc meaning we were dressed as to conceal our identities while also passing as random everyday people that would normally be mulling around. We also took careful measures to change outfits so we looked different before our actions, during our actions, and after our actions as to further elude the authorities.

After feeling like we blew up the spot a bit in the U-District. Which is to say after we drew some more significant police attention we left and headed around other areas of the city with a new mission. Our new mission was to liberate and sabotage as many bike share bike as possible. Now you may be thinking, ‘hold up isn’t having more bikes everywhere a good thing especially if there cheap?’ To answer this let’s look at a few other examples of Bike sharing.

In Amsterdam’s bike share program the bike are free. This means all classes of people can use them. In Amsterdam these bike were inpart brought into being by anarchists https://en.wikipedia.org/wiki/Provo_(movement) and was apart of reducing harm done by cars and reclaiming the city. If we look at these new capitalist bike shares we can see this is a capitalist co-optation of this model. They pay their workers shit. They overcharge. You have to have a smartphone. In China they waited till they hada monopoly than jacked up the prices. And they really only care about the money. These people aren’t interested in fighting subjugation they want more subjugation. Subjugation under them. And so we fought back, just as the youths in France have and just like are anarchist forerunners have.

We took angle grinders to the contraptions that subjugate these bikes to the market. We painted as many as we could black, honeslty this was the hardest part. In the later hours we resorted to just chucking the bikes into the water or onto train tracks.

With all this we still think big black blocs aren’t dead. Just don’t have them at fucking Westlake.

You couldn’t stop us.

Even if you catch us you couldn’t stop us.

And high on revolt we think you won’t catch us.

Make May Day everyday. Build nodes. Plant the seeds of insurgent commune against the state and capital. Find each other. Build our infrastructure. Break their infrastructure. Perpetuate ethical social ruptures. Shatter the lie of social peace.