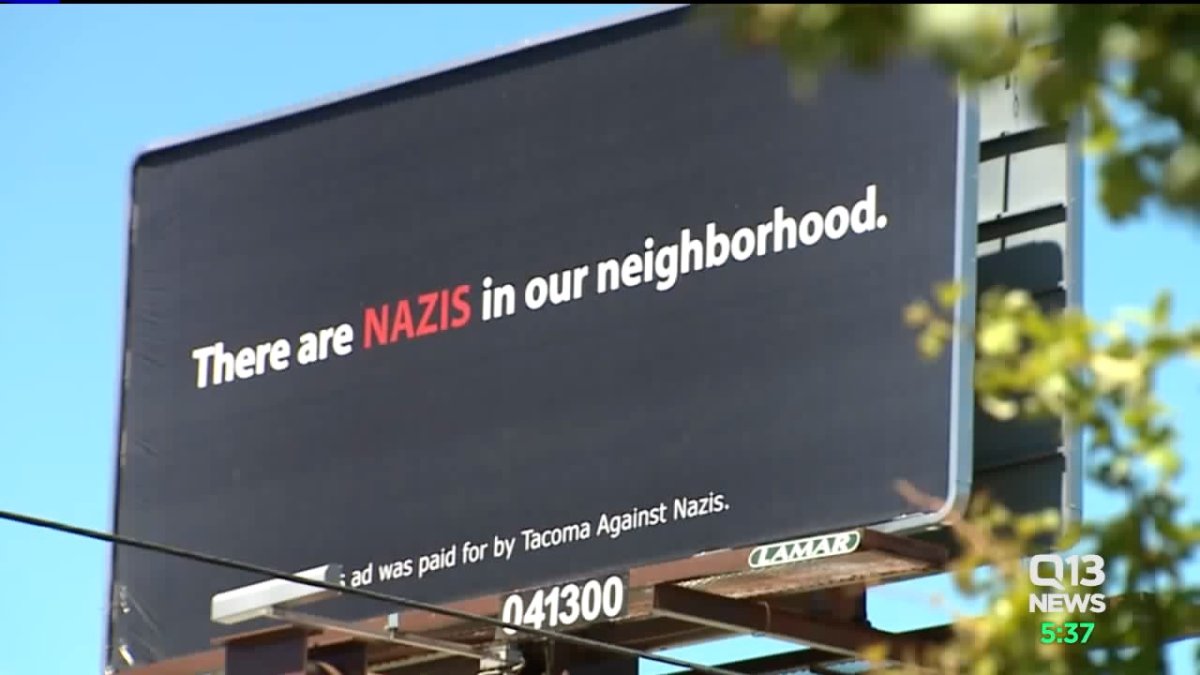 We are the steering committee of the group Tacoma Against Nazis (TAN); a collective of everyday Tacomans who are committed to two key principles: first, that we will stand up publicly against fascism and white supremacy in our community. Second, that it is our burden as white people (not our neighbors of color whose very existence is threatened by white supremacy) to combat the threat of white supremacists in our community.

As many have expressed, it is by itself alarming that there is need for an organized response to Nazis in 2018. But the most sobering experiences around our work have been the call from some of our fellow white people to ignore the problem in the hopes that it will go away, and the suggestion that we protest more politely.

Unexpectedly, we find ourselves repeatedly called away from our work combatting documented neo-Nazis to push back against those who should be our allies – most recently, the anonymous editorial board of The News Tribune (TNT). TAN believes strongly in the power of an independent free press, and we find the news reporting on TAN and the neo-Nazis hiding in plain sight in our community to be clear eyed, factual and uncompromising. Which is why we are so perplexed by the editorial board’s two TAN-focused editorials.

With brevity in mind, our key concerns are listed in bullet points here. When working against a group like Northwest Hammerskins and groups like it, the need for secrecy should be clear and obvious. We have not posted our strategic plan (yes, there’s a strategic plan!) on the closed Facebook Group. If that opacity requires further explanation, we’re not sure if we’re going to be able to help the editorial board understand the basics of this type of action. The organizing committee of TAN has undertaken this work at great risk to ourselves and our families. Our members have been named in online forums inhabited by Nazis, we have been threatened on social media, and have taken our protests face-to-face with white supremacists who have threatened us with physical violence. Our names and identities have been exposed to a violent and dangerous part of our society as a result of this work. We say this not to engender your pity but to put the urgency of our work into the starkest of terms. The threat is real and our local newspaper’s editorial board has reduced itself to a misinformed bystander.

TNT editorial board, we needed you in this moment. We needed you to be at your best so that you might hold us accountable for being at our best. Through your ineffectiveness, you’ve let us – and our community – down.

The TAN Editorial Board