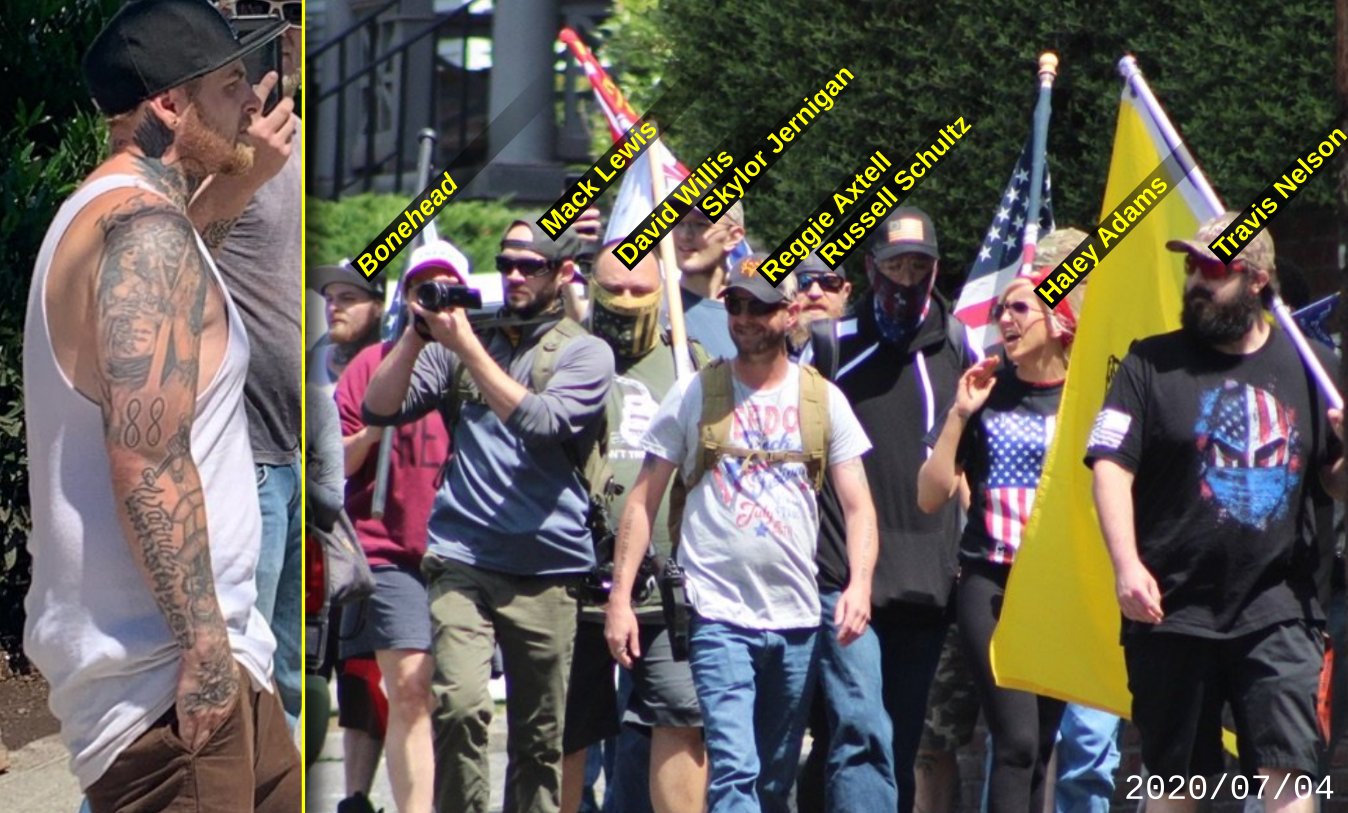 Today on July 4th, after spending a full month planning to “liberate Seattle”, fascists and the far-right managed to only get 30 people to bother to show up to shut down CHOP or whatever they thought they were going to do. The group, upon arrival at Cal Anderson were met with immediate resistance from the community and numbers were pretty much even, not counting police, throughout.

A multiracial and politically-diverse crowd confronted the far-right and despite SPD protecting them and making multiple arrests against people who showed up to oppose them, they were literally chased down 13th Ave through Capitol Hill back to their vehicles and awaiting Ubers at Volunteer Park.

While they retreated as fast as possible down 13th Ave, Alan Swinney and Mack Lewis both repeatedly deployed bear mace which wafted into the windows of residential buildings that line the street. People could be heard coughing and sneezing inside their apartments, reminiscent of SPD’s week-long teargas attack on the neighborhood. In show of true and beautiful solidarity, random neighbors from the street ran out of their homes on multiple occasions to offer hoses and water bottles to antifascists who had been maced. Those same neighbors joined antifascists in chanting against and driving the far-right off their street.

Make no mistake: today was a complete and hilarious failure on the part of the far-right. They claimed they were going to “clear CHOP” yet when faced with an evenly-matched crowd largely comprised of the same people they claimed they were going to remove from the city, most of whom have spent the last month fearlessly confronting SPD and facing down violence and mass arrests, they literally ran away. Antifascists didn’t even call for a public mobilization and still the far-right were run the fuck out of town.

Where they go, we go. Where we go, they get fucking embarrassed.

The photo below identifying the people who were at their rally was labeled by our friends at Rose City Antifa.

Some of the RCA threads re: today that include helpful context about some of the people who showed up to support SPD today here and here 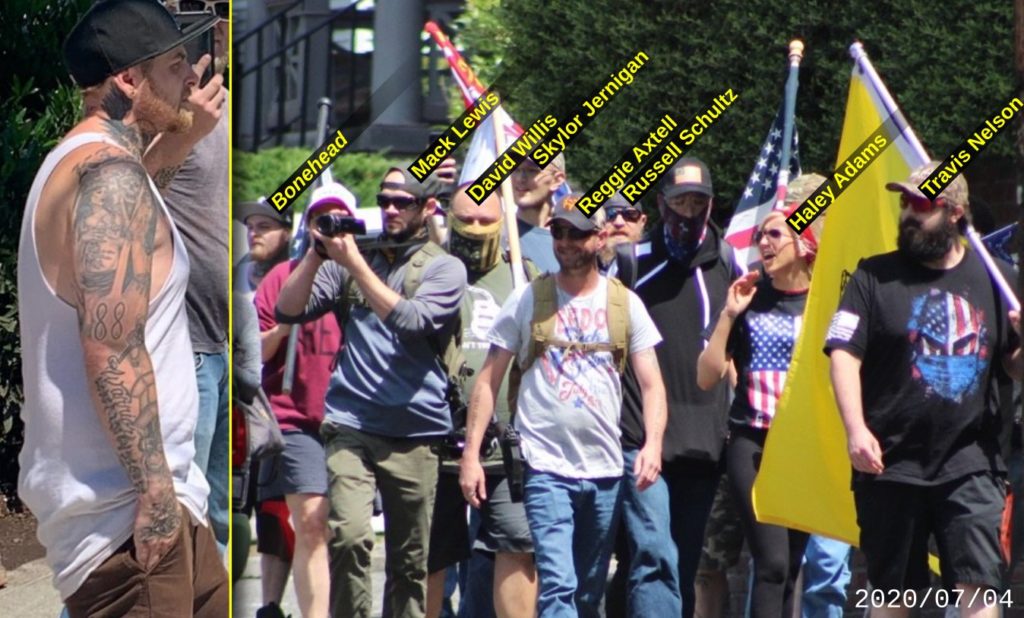