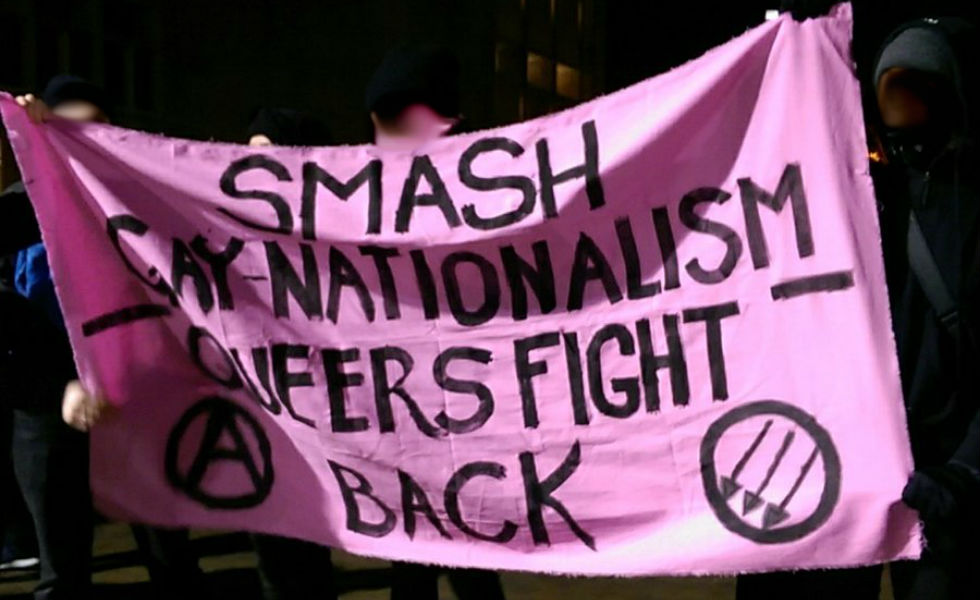 Episode #2 of the Two Paychecks Podcast, is the first part of an interview with Hex, a member of the General Defense Committee (GDC) . Hex was shot outside of a Milo Yiannopoulos’ speaking event at University of Washington in Seattle while trying to deescalate violence being carried out by far-Right milo fans.

The couple behind the shooting was none other than Trump, Milo, and Alt-Right fans Mark and Elizabeth Hokoana, who came out with the intention of shooting “snowflakes” at Milo’s event. When Hex attempted to take away pepper spray from Mark Hokoana who was using it to attack protesters, Elizabeth shot him in the abdomen, nearly killing him.

Hex isn’t interested prosecuting the Hokoanas who attempted to murder him. He’s against America’s justice and prison system. He had been reading a lot about prisons before he was shot and fails to see how it can rehabilitate. He talks to us about the restorative justice that he seeks.

Hex didn’t press charges against the Hokoanas, but The State has. He talks about being re-traumatized by the court proceedings. Hex is a warm human being, with a deep sense of compassion. It was an honor to interview him and I think it would do everybody good to listen to him.