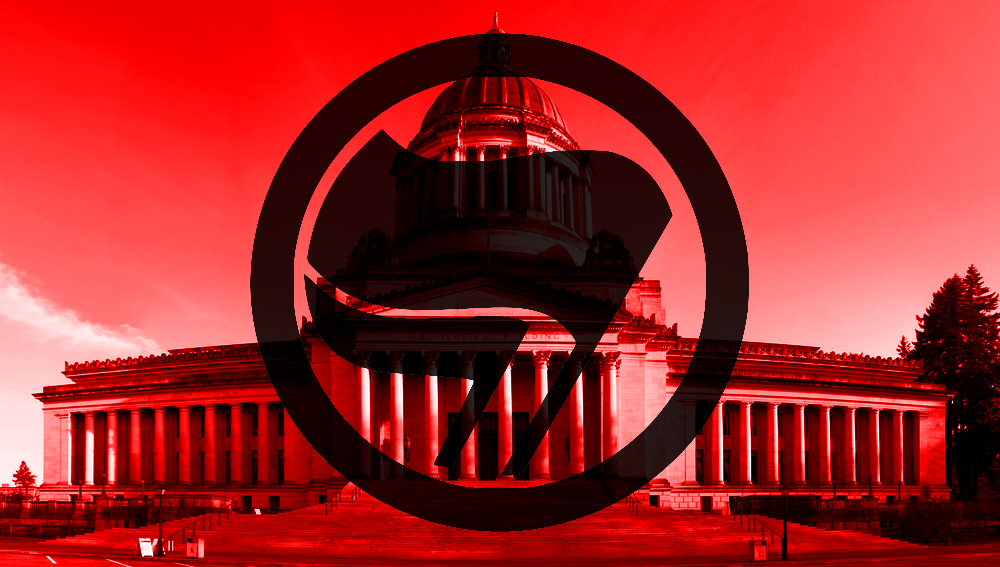 Last weekend in Olympia, WA, Trump supporters brazenly assaulted leftists – including Trump supporter/confederate flag enthusiast Chris Guenzler shooting his gun into a crowd of leftists – injuring one person. Chris Guenzler is currently being held at the Thurston County Jail on one count of 1st Degree Assault with a Deadly Weapon. Videos of this recent violence, promoted by far-right propagandists like Andy Ngo, have further fueled the bloodlust of the far-right. Infiltrated Proud Boy chats have led to these four identifications (with more to come):

The West Sound Proud Boys were recently infiltrated by antifascists. Access was gained to their chat rooms and meetups. With this access, we learned that the Proud Boys are planning greater numbers and greater violence this Saturday in Olympia, WA.

Today we will identify several individuals who are preparing for premeditated violence. We do this so that these individuals can be more easily identified on the ground and that our friends are alerted to their planned presence.

33 year old Cosmopolis, WA resident Lynden Bryce Adam Stewart is a regular attendee at Stop The Steal rallies in Olympia, WA. These rallies have grown increasingly violent. In fact, Adam is such a fan of the violence, he told the Proud Boys he is addicted to attending rallies.

From the chat logs of the Proud Boys we learned that Adam has attended these rallies with both his wife (Sara Ann Jordan) and his mother-in-law.

Adam not only boasts of his own violence but also that of his mother-in-law. The other Proud Boys are clearly impressed by this violence (while one also explicitly stated that he will shoot “antifa”).

Adam uses the lure of violence at these rallies to encourage other Proud Boys to attend.

Adam discussed tactics Trump supporters have used at these rallies – of pulling people behind the front line so other Trump supporters could commit assault and robbery. Last week his mother-in-law was seen beating a downed leftist while others beat them with flag poles.

Casey is extremely excited to commit premeditated violence with the Proud Boys. He has publicly stated that he will have his brass knuckles with him this Saturday. Judging from his tattoo we find it highly unlikely that he is joking.

The lure of violence with the Proud Boys is a common theme within the Proud Boy chat. Several times Casey discussed how happy he would be to assault people with his fellow Proud Boys.

26 year old Lacey, WA resident Robert Dean Knechtel is a brand new Proud Boy pledge. He currently works as a general contractor and promotes himself as a tattoo artist.

Robert has been lured to attend Saturday’s Stop The Steal rally by the promise of violence. In fact, Robert posts a video to the Proud Boy chat of the stun gun he plans to use this Saturday.

While Heath is much more subtle about violence than the previously identified Proud Boys – he’s fully committed. He offers to host meeetups at his home in Hansville, WA. Ideologically, he’s on board with the Proud Boys anti-BLM stance as well.

Heath is planning to attend Saturday’s rally with Adam, Casey, and Robert. He is well aware of their preparation for premeditated violence.