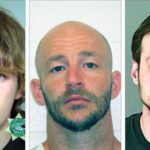 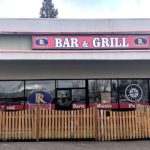 As anarchists and antifascists we are not shocked by the events that transpired in Lynnwood, WA on Dec 8th. Those that are shocked by such a naked act of hate and violence simply haven’t been paying attention. Washington has been a breeding ground for white supremacy long before it gained statehood. Groups such as the Hammerskins, which showed their ugly faces recently, do very well inside of its borders. We are not surprised that on the anniversary of their patriarch’s death and the night after James Fields was convicted in a VA court room, white supremacy and white nationalism would make a dramatic re-emergence. What follows is a break down as we understand it of the events and individuals associated with the white supremacist attack at the Rec Room Bar and Grill. There will be updates as new information unfolds.

Early morning Saturday the 8th, just before 1230 a.m., a group of more than a dozen Nazi skinheads entered the Rec Room Bar and Grill off Highway 99 in Lynnwood,WA. At around 12:40 a.m., 911 received calls reporting gunshots, and that 14 white people were beating down the Black DJ.

The incident began when a member of the skinhead crew began trying to operate the DJ’s equipment. A confrontation ensued when the DJ tried to get them to stop. He then turned off his set and tried to clear the bar, which was when he was jumped by the Nazi skinhead crew. They beat him while shouting racial slurs and making threats for future retaliation. The bar’s general manager jumped in the fray attempting to defend his employee and friend from the attack. Later he told Kiro 7 “That’s what a friend does.. a friend’s not going to stand back and watch another friend in need.”

As officers responded to the 911 call and arrived at the bar, people were seen fleeing on foot and in vehicles. Police followed a Toyota Tundra as it attempted to flee, but eventually gave in to law enforcement and pulled over. The driver was Cory Thomas Colwell of Eugene, Oregon. In the car with Colwell were Travis David Condor, 34, of Pittsburgh, Pennsylvania; Daniel Delbert Dorson, 23, of Corvallis, Oregon; Leah N. Northcraft, 25, of Raleigh, North Carolina; Randy Aaron Smith, 38, of Eugene; and Nathaniel L. Woodell, 32, of Woodstock, Illinois. According to the probable cause reports, Randy Smith’s hand was still covered in blood.

Two others; Guy Albert Miller, 37, of Tacoma, and Vincent Bradley Nutter, 28, of Bothell were arrested in a separate vehicle after having fled the bar. Video footage shows Nutter being a part of the incident, and he left his ID at the bar. When booked at the jail he refused to voluntarily take a breathalizer and was booked for DUI, first-degree driving with license suspended and obstructing a law-enforcement officer.

Travis David Condor, also known as Travis Andrews, is probably the most well known. A former soldier from from Kingsland, Georgia, Travis moved to Pittsburgh, PA in 2017. He took his record label, American Defense Records, with him. He served in Iraq with the 82nd Airborne Division and in April 2010 while on active duty but off base was arrested for the brutal beating of a homeless man in Cincinnati Ohio. Travis and 3 other men, some active duty as well, drunkenly scoured a homeless encampment until they found their victim and beat him with bats and pipes calling him a “bum” and telling him he was “tresspassing”. The man suffered facial fractures and required 18 stitches in his head. Travis and and one of his codefendants, ex-soldier Matthew MacMurtrie, were given just 90 days(with time served) for the attack. Pvt. Riley Feller, who was on active duty with the 16th Cavalry Regiment stationed at Fort Knox in Kentucky, received a felonious assault charge for the beating and was sentenced to five years. The 4th man with them, Self-proclaimed racist skinhead Michael Hesson of Hamilton, Ohio, received four years total for the beating.

Before the move to Pittsburgh, American Defense Records set up shop at the 2016 Hammerfest in Georgia. At one point American Defense Records billed itself as “anti-liberal patriotic skinhead music” but even before their role in the SE Hammerfest was reissuing Hammerskin-affiliated projects such as Blood in the Face plus Red White And Black on vinyl.The latest album from Condor’s racist skinhead punk band, Birthrite, featured a picture on the cover of Robert J. Mathews, the leader of white terrorist group The Order.

Since his move to Pennsylvania Travis has become a known Keystone United supporter and affiliate. Keystone United, formerly know as the Keystone State Skins, is a racist skinhead gang with affiliations across the country. They are known for brutal attacks on people of color and anti-racists. KU promoted 2018 as an ‘active year’ for themselves with flash mobs on the steps of the Pennsylvania State Capitol, banner drops around the state and most recently an attack on a Black bar patron in Avalon, PA. In May of this year Travis was photographed at a Keystone United picnic alongside many known KU/Former KSS members.

Most likely traveling with Travis Condor/Andrews was Leah Northcroft of Raleigh, NC. She has been identified by South East Anti-Racists as his companion and an avid white supremacist. Pictures of her have surfaced showing her ‘totenkopf’ (a Nazi symbol) and anti-black tattoos, as well as her sporting t-shirts of the band “Screwdriver,” an infamous UK skinhead white supremacist punk band. She was reported wearing a Screwdriver shirt at the time of her arrest. Northcroft was formerly employed at a hair salon in Chapel Hill, NC until she was terminated when her white supremacist views were made public.

The driver of their getaway vehicle was Cory Colwell, 34, of Eugene, Oregon. Court papers say Colwell wore a sweatshirt that said “Brotherhood” and “Blood Honor,” and a Crew 38 patch. Crew 38 is the support group for one of the largest and most violent white nationalist gangs, the Hammerskins. At the jail 3 “Birthrite” stickers (Travis Condor’s white power band) were seized off Colwell. Before this he has been a fixture in the Pacific Northwest white power scene. PNW anti-racists have documented Colwell with members of American Front, a white supremacist organization dating back to 1984. Colwell has been photographed multiple times with Jake Laskey, a prominent American Front and former Volksfront member who was released from prison in October 2015 after serving 11 years for an attack on the Temple Beth Israel Synagogue in Eugene, Oregon.

Also in the car was Daniel Dorson of Corvallis, OR. A former Portland street youth, Dorson has apparently been initiated into the world of white supremacy. At the time of his arrest he was wearing a Crew 38 jacket, t-shirt and was carrying a literal Crew 38 business card. He is being held on 100,000 bail. Randy A. Smith, 38, of Eugene, Oregon was arrested wearing a ring with a swastika on it and carrying 4 business cards related to Crew 38. He is also being held on $100,000 bail. Nathaniel Woodell, 32, of Woodstock, Illinois, was the 6th person in the car. His lawyers maintain that he is simply a traveling musician who was in the wrong place at the wrong time. He was wearing an American Defense patch on his jacket and a patch with the Hammerskin double-hammer logo on it.

The second vehicle apprehended by law enforcement had two occupants. The first, Vincent B. Nutter, 28 of Bothell, WA. He has a lengthy arrest record in Washington State including drug and gun offenses. His Facebook account shows him ‘liking’ the TacTown Tattoo Shop, an openly white power tattoo shop in Tacoma. Nutter also wore a patched Crew 38 Jacket at the time of his arrest. With him was Guy Albert Miller of Tacoma. In 2011 Miller’s former girlfriend filed a domestic violence restraining order against him, and in 2015 he was arrested for attempted murder in Rainier, WA against a bystander who intervened after he assaulted his girlfriend, again. Miller attacked the man and put a gun to his head pulling the trigger but the gun jammed. Like the others, Miller was also wearing a Crew 38 patch at the time of his arrest in Lynnwood.

Also present was Jacob Prior from Gig Harbor, WA. Prior has documented ties to the national neo-Nazi organization Patriot Front. Patriot Front emerged directly after the fall-out from the Alt-Right gathering “Unite The Right” in Charlottesville, VA 2016. James Alex Fields, a member of the neo-Nazi group American Vanguard, drove his car into a group of anti-fascist protesters, injuring many for the rest of their lives and killing Heather Heyer. Fields was recently found guilty of first-degree murder in a court of law. In the aftermath, American Vanguard changed their name to Patriot Front. Patriot Front has chapters across the country, including one in Gig Harbor, which Prior is a member of.

This violent assault occurred at the beginning of Martyr’s Day, a day celebrated by the Hammerskins, the Nazi-skinhead gang mentioned above, to commemorate the death of Robert J. Mathews. Mathews was a member of The Order, a white nationalist terrorist organization who robbed banks to fund the Northwest Imperative (an initiative to create a whites-only homeland in the Pacific Northwest), and killed a Jewish radio-DJ in Denver, Alan Berg. Mathews was killed in a gunfight with authorities on Whidbey Island on December 8th, 1984, and every year since Hammerskins have gathered in the area to celebrate. A handful of those arrested were found sporting Crew 38 apparel. Crew 38 is a support group for skinheads of the Hammerskins. Also seen sporting Crew 38 apparel later that day, in a separate yet related incident, was Jason Desimas while on his way to Whidbey Island to take part in commemorating Mathews’ death. Jason Desimas is the owner of TacTown Tattoo, a Nazi skinhead tattoo shop in Tacoma. A few of the arrested have had interactions with the tattoo shop on-line. Earlier this year, the Hammerskins released what they called “Hunting Guides,” which were lists of mosques and synagogues in the region for targeted attacks.