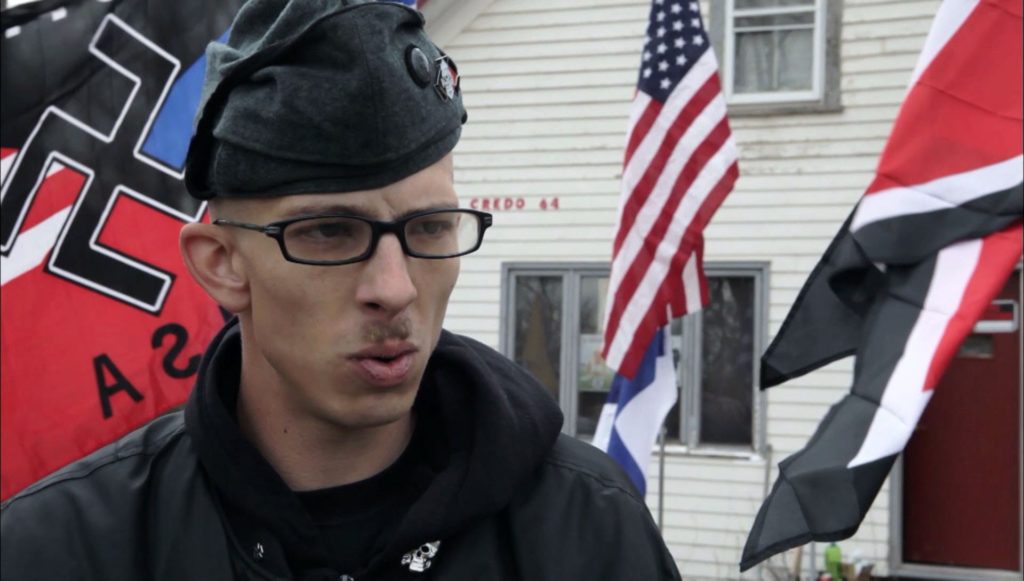 On the morning of March 2nd, according to statements that began to be circulated on social media, groups of antifascists distributed flyers in various neighborhoods to out neo-Nazis, and issued the following statement:

In the early morning hours of March 2 2018 a collation of Northwest Antifascist conducted operations along the I-5 corridor.

Operations were held against 6 men who are instrumental in spreading the right’s message of hate.

This mission was done to show the fascist that we are united against them, regardless of miles or imaginary borders. That we will stand against them wherever they are found, be it a college town, an apartment, house, or camping site.

They also posted the following photos: 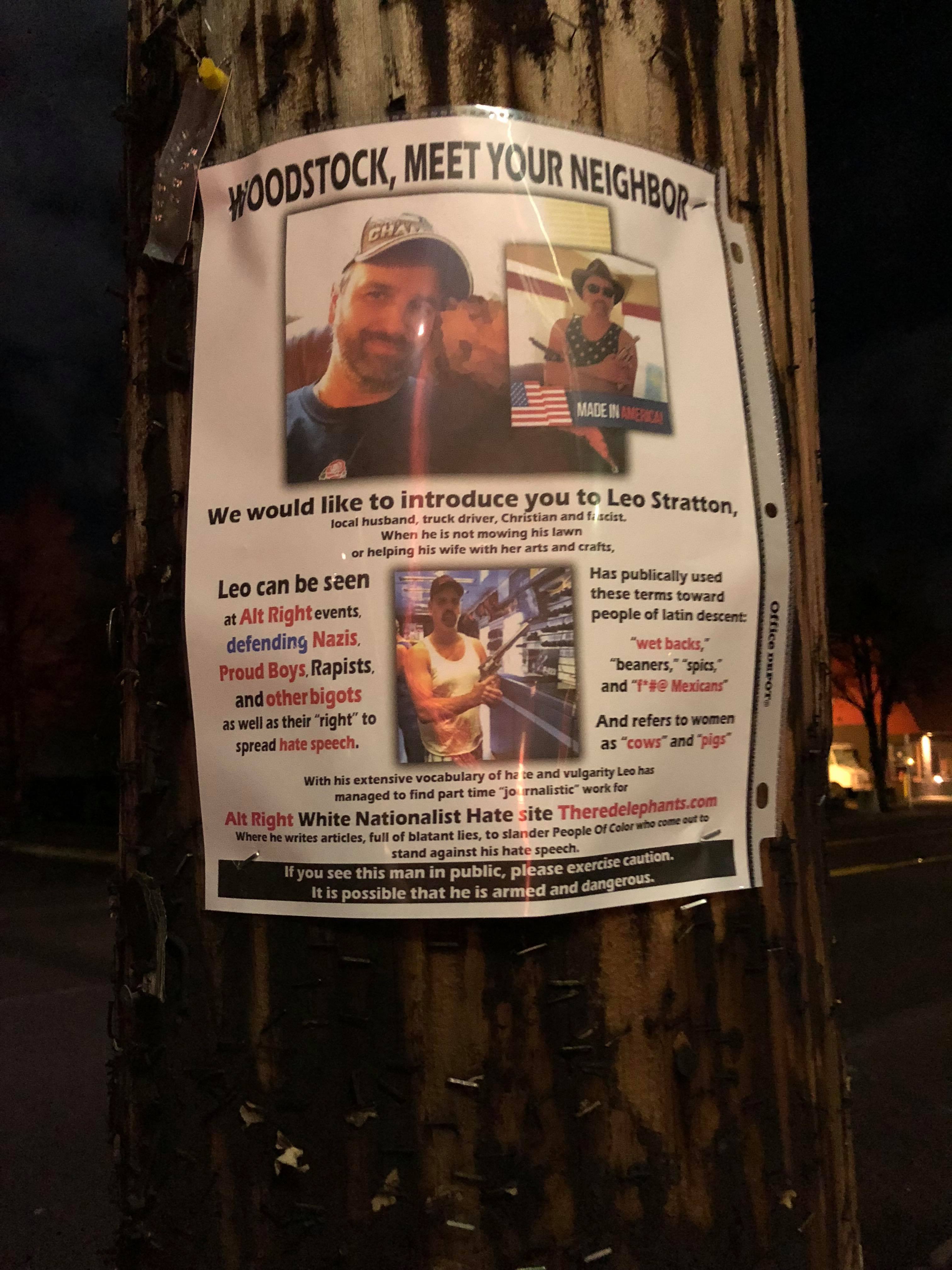 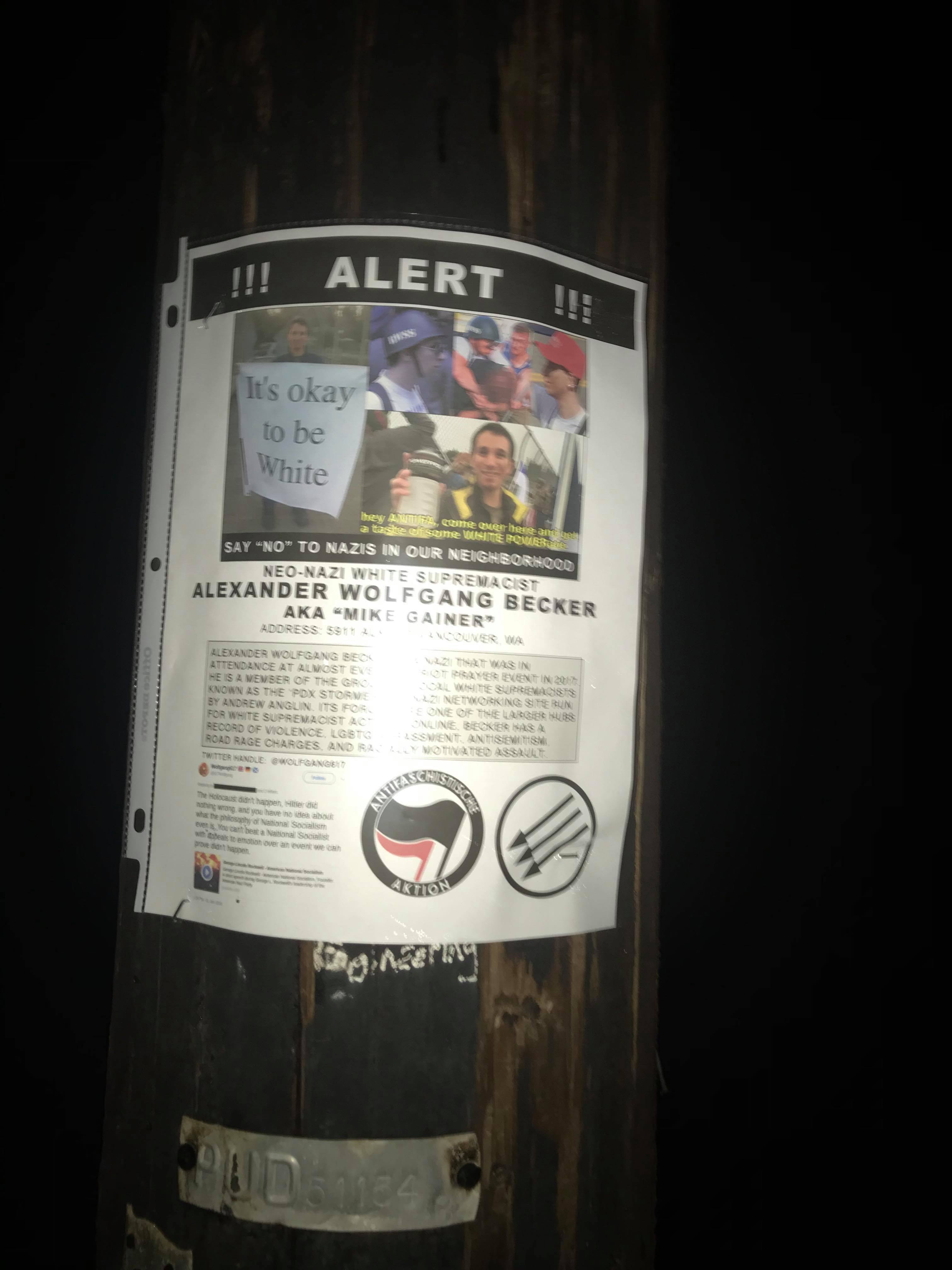 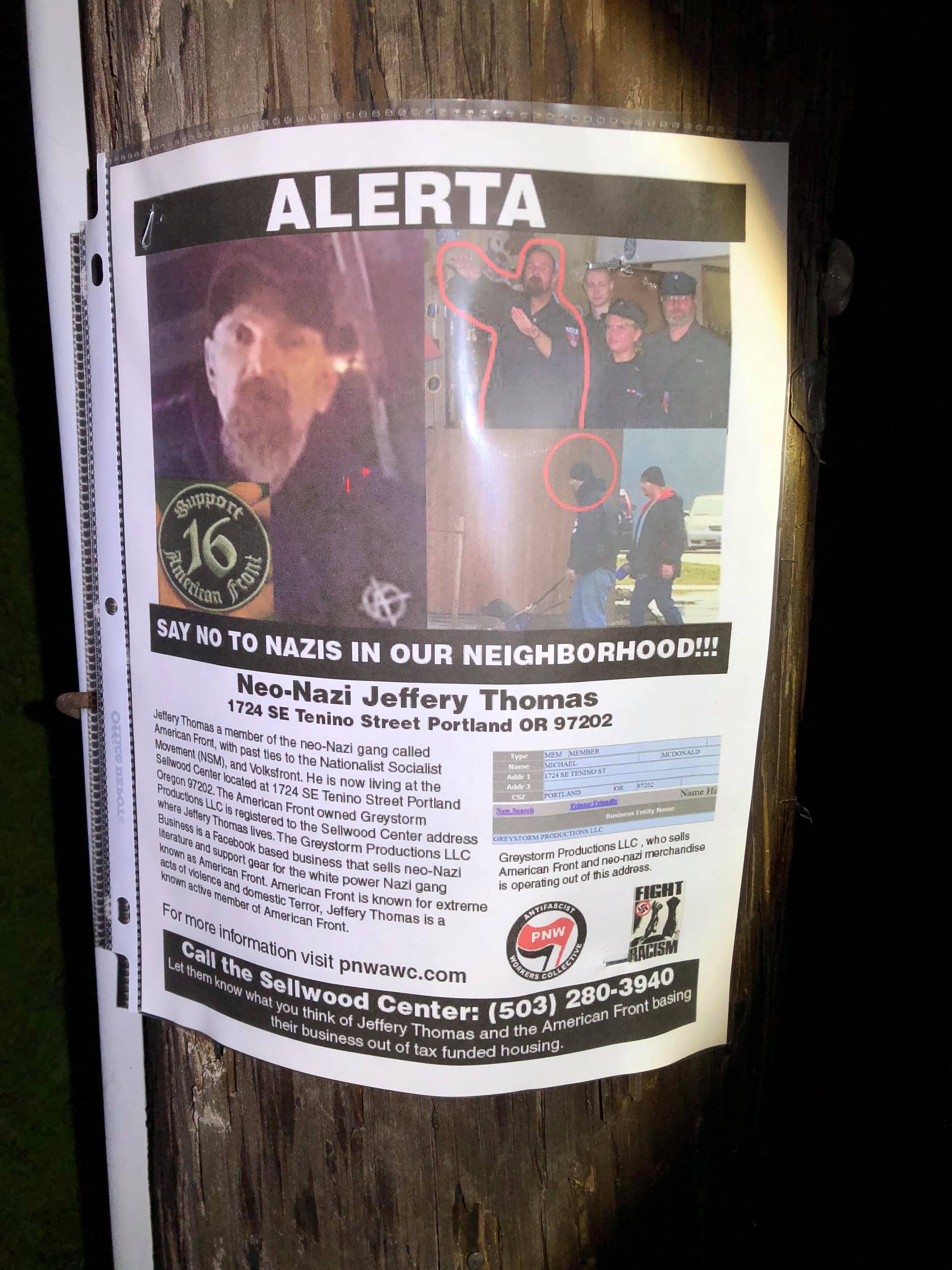 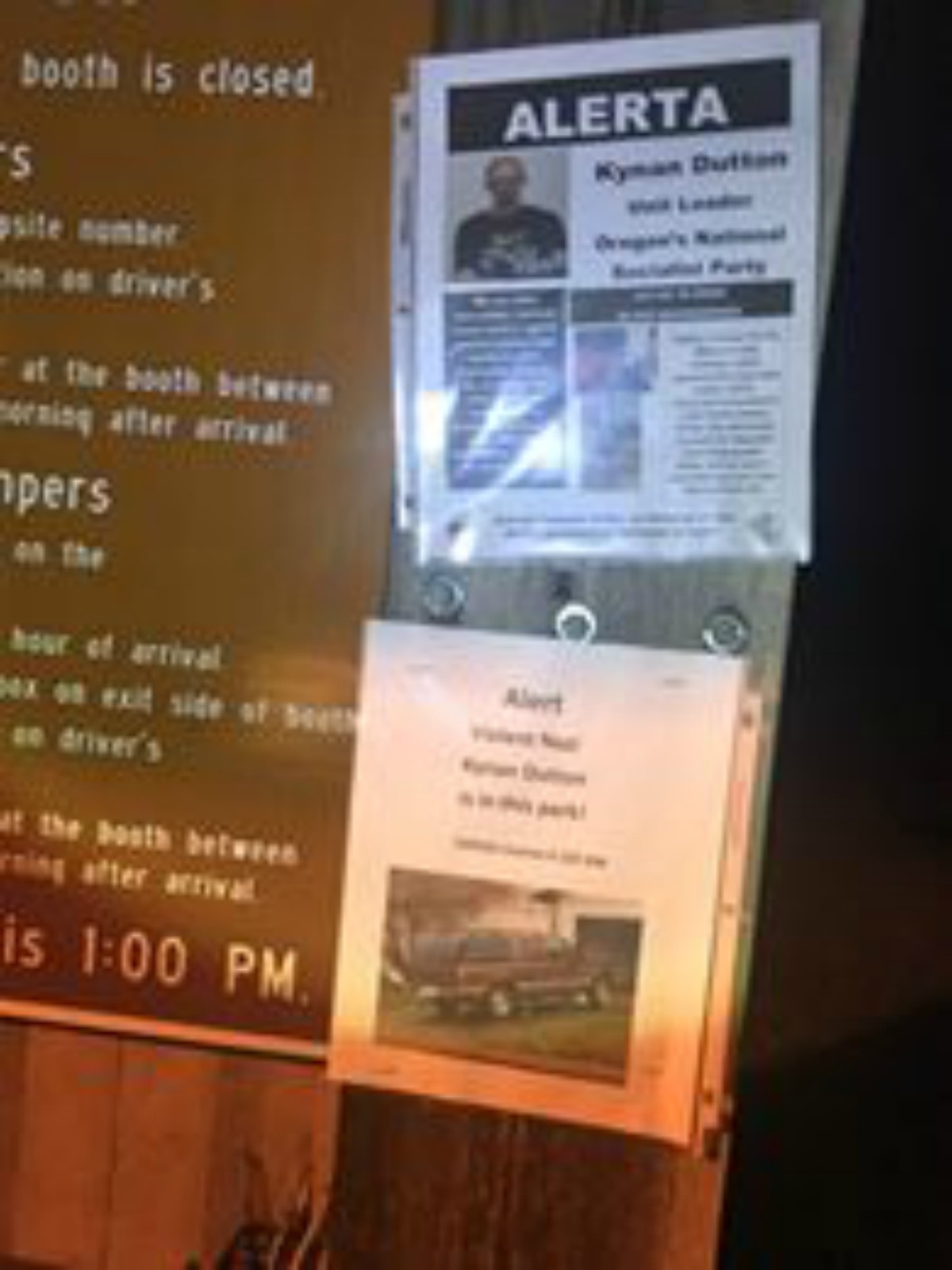 Meanwhile in Portland, Rose City Antifa reported that people were putting up flyers alerting neighbors about a member of the violent neo-Nazi group Atomwaffen Division.

Informational flyers went up in Wade’s neighborhood the night we released the article on him. If you live in the Seattle area and want to print some up, the pdf is available of our website: https://rosecityantifa.org/articles/wade-mendisabal/ 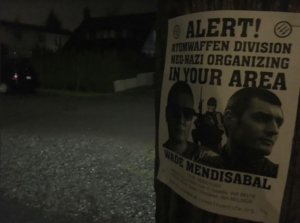 Not be outdone, people in Austin, Texas are also taking to the walls to out neo-Nazis and Proud Boys who are coming to town to participate in the “March 4 Trump” rally: