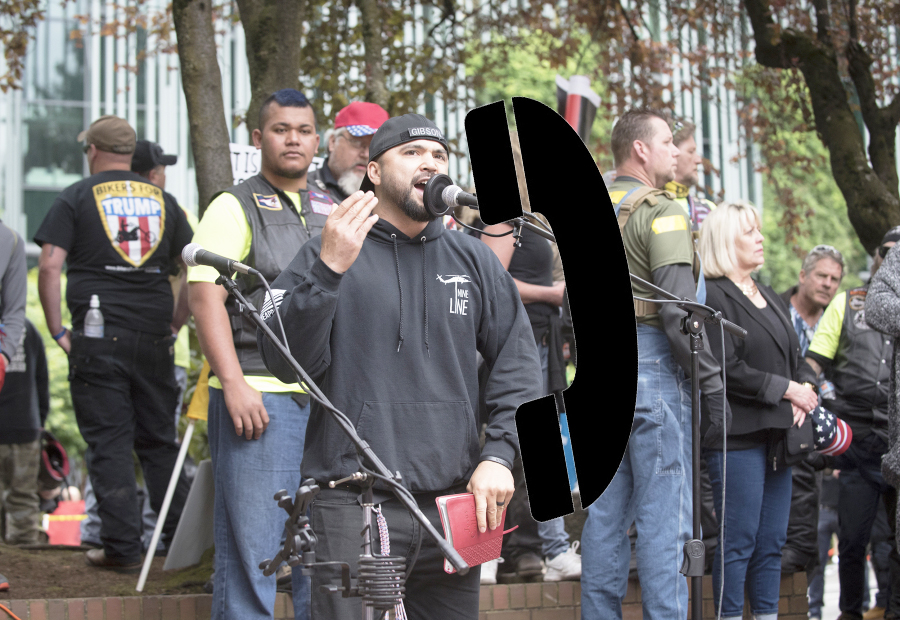 Over the past few years a far-right group called Patriot Prayer has been waging war up and down the west coast on leftists, antifascists, immigrants, and many others who oppose their program of patriarchy, nationalism, and violence. Their frequent bloody rallies are networking opportunities for neo-nazis, proud boys, and white nationalists, though they have increasingly dropped the pretense of respectability conservatism and shown that they’re just here to beat antifascists. They’re literally trying to kill us and have hospitalized numerous people during rallies in addition to random attacks on the street.

Their next rally is August 4th in Portland. Members of Patriot Prayer have announced intent to carry guns, kidnap antifascists, make the street “flow with freedom,” knock us out, and more. We need them to be as disorganized and unprepared as possible so that Portland doesn’t become the next Charlottesville.

Please pass these around and call them at all hours of the day or night over the next five days. Take precautions to protect your identity. The next few days is a critical period of time in their organizing, and if they are distracted and overwhelmed with phone calls and texts, it has the potential to dramatically affect their ability to act.