To remember Willem Van Spronsen and stand in solidarity with actions against I.C.E. and the violence of borders and capital more broadly, we posted up roughly 100 posters in so-called “Vancouver, Canada.” In the same ways that Willem’s act has inspired us, we hope that our small act feeds into a larger movement of resistance against the inherent violence of borders and capital.

In our community we are seeing the expansion of the state’s capabilities to detain those seeking asylum. After reports of the “prison like conditions” and 2013 death of Lucia Vega Jiménez at the Immigration Holding Centre at Vancouver’s International airport, the CBSA (Canada Border Service Agency) has announced the opening of a new more “humane” detention center in “Surrey, BC”. Like Willem, who wrote in his manifesto that “the handmaid of evil says the concentration camp should be more humane,” we believe that no form of detention can be ethical and all forms of crimilinalization should be resisted.

The detention facility in Surrey is being built at 1310 76th Avenue on the traditional and unceded territories of the Semiahmoo, Katzie, Kwikwetlem, Kwantlen, Qayqayt and Tsawwassen First Nations. The facility’s intended completion date was January 2019, but the project has failed to meet the majority of its deadlines. We are working to build resistance to this expansion of the state’s attempts to criminalize those seeking asylum. In Willem’s words, “it’s time to take actions against the forces of evil.” Let his action ignite a spirit of resistance among us all.

– some anarchists in so-called Vancouver Canada 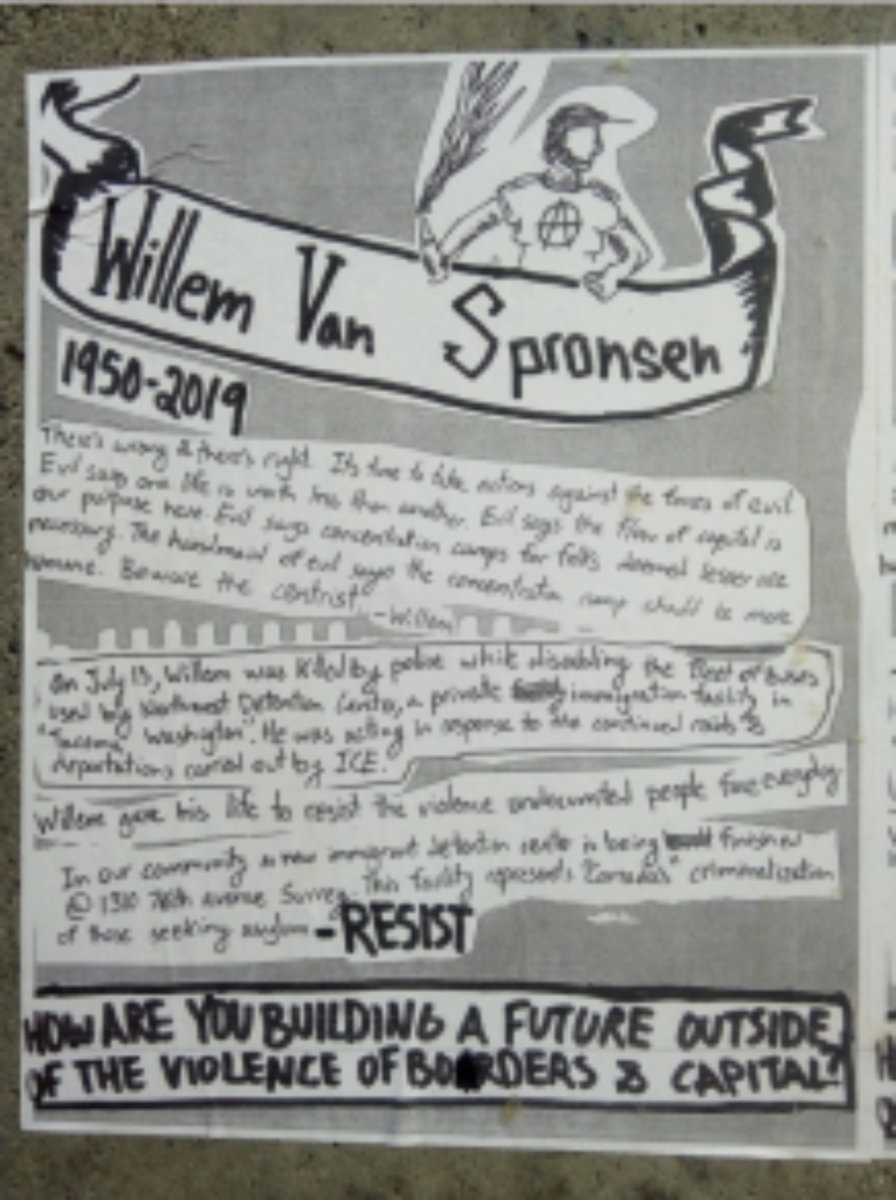